Introducing and teaching Featuretools at LearnLab marked the first time we attempted to help groups simultaneously build projects in real time using the library. We had two main objectives:

The scientists at LearnLab and in the broader educational community explore the datasets they collect with a number of specific goals in mind:

Existing tools that help data scientists get highly predictive accuracies often do not help experts achieve their specific modeling goals. A domain expert will come up with a hypothesis in English, for example: “gritmay predict persistence”. The expert then must translate both variables, grit and persistence, into calculable quantities for machine learning. Those quantities are called features. By looking at the data they’ve obtained, they decide how to perform these translations — for example, a way to quantify the ‘grit’ of a student might be to find the average of the number of attempts made per problem attempted. This process, called feature engineering, is the focus of the Featuretools library.

2.   To apply automation to a new dataset without prior preparation

Featuretools is designed to automatically prepare a wide range of temporal datasets for analysis and machine learning within a few hours. Running an event where we ask users to “bring your own data” (BYOD) is a substantial challenge for data science automation. The idea behind a BYOD workshop is that participants:

Step (1) of this process is a notoriously difficult task: since the participants have not communicated their needs ahead of time the system had to easily accommodate an immense range of problems. Nevertheless, we were happy to find that Featuretools performed well at enabling all four of those steps.

LearnLab projects that were developed with Featuretools

Team A developed a model that correlated student behavior to the “enjoyment” of using a new platform intended to make learning fractions and decimals more exciting. The team used Featuretools to generate features from the students’ transactional data, and they used R to build models and analyze correlations. They also explored how the enjoyment label was defined and tried to predict these different definitions using the same features.

“Comparing what students say to what they do: a MOOC data analysis”

Team B wanted to understand whether a student’s motivation and goals before starting an edX course correlated with his or her behavior during the course. They used Featuretools to generate features and another open source library called Lifelines to build a student survival model. They concluded that there is no significant difference in how students behaved based on their survey answers at the beginning of the course.

“To what extent can we predict students’ success within a cognitive tutor?”

Team C built a model to predict the number of lessons a student would complete by the end of a course using behavioral data from the beginning. By the time we introduced Featuretools, the team had already performed initial feature engineering. They still tested Featuretools and found that the feature, number of attempts, was predictive of success. They had not previously extracted this feature because they had a different hypothesis, that the feature, number of hints, would be predictive.

Having a standardized data model helped: Participants in this workshop used a repository of student activity data called Datashop. Regardless of where the data came from, it was formatted in a similar manner. This enabled us to create one prototypical example that could be modified by all of the teams.

The amount of data was perfect: Most of the teams had data that was between 200,000 and 1,000,000 transactions and between 300 and 3,000 instances of an entity that they were interested in modeling — in this case, online students. The data size meant that participants could interactively examine features, develop explanations and refine parameters using just their laptops. This interactivity led to an engaging experience.

Participants manipulated the data in different languages prior to Featuretools: All of the teams applied standard preparation steps: fixing timestamps, dropping columns/rows, prediction engineering, etc. Not all teams were versed in Python or Pandas, and they preferred to do these operations in a language that they were comfortable using (most often R, Matlab or SAS).

Automation inverted a classic workflow: Typically, domain experts iteratively brainstorm specific feature ideas and then implement them. Featuretools inverts this painstaking process and instead generates numerous potential features for a user to interpret or include in their models. This lowers the barrier to feature engineering, making it both easier and more interesting. The scientists working on all three projects took advantage of this inverse process in one way or another.

Establishing trust is required: Scientists in this domain push back against techniques like deep learning that don’t provide them with models they can interpret. Since they have the ability to understand the features generated by Featuretools and to tweak the algorithm to add new features, domain experts could audit, explain and trust this process.

This article originally appeared on Medium. 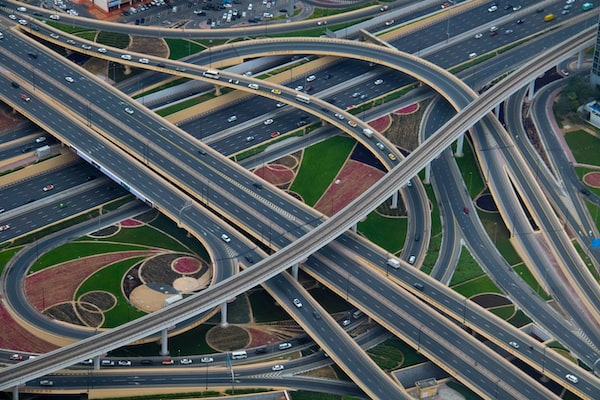